Protect Your Business with Security Fog and Smoke Screen Systems 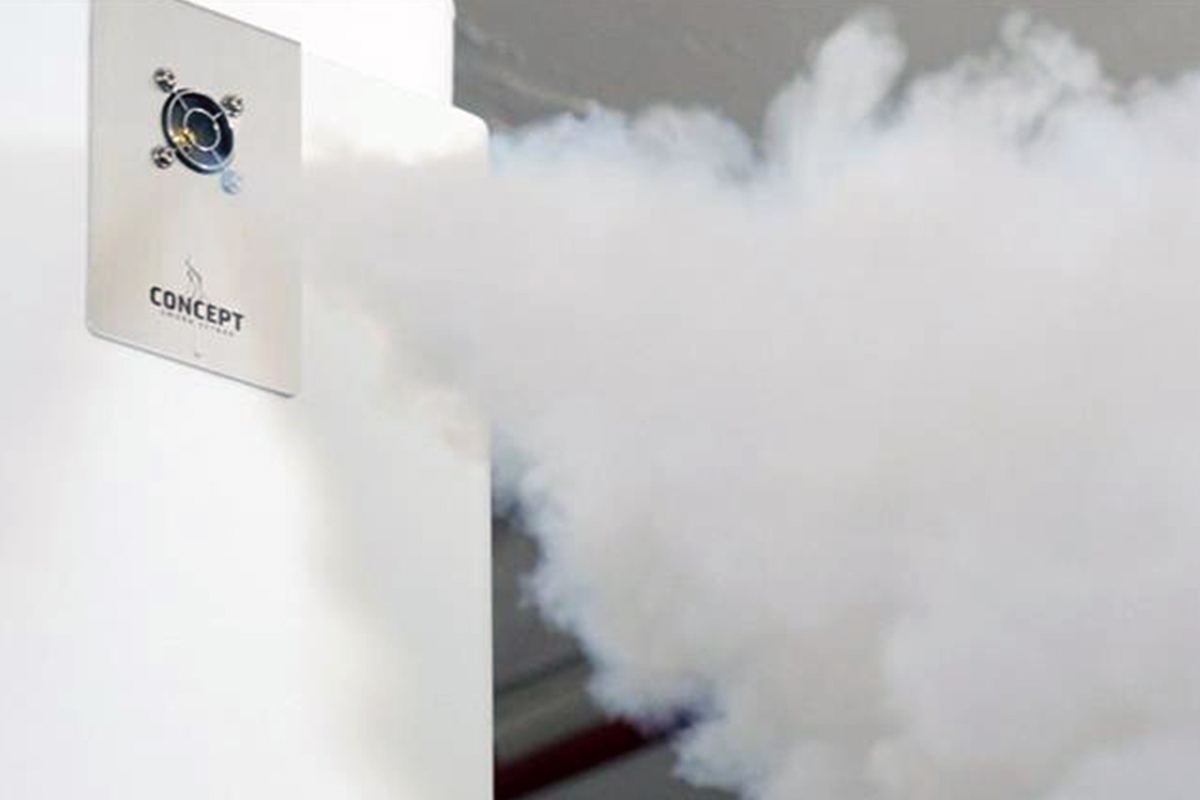 If your business carries high value products or has expensive equipment on-site which need to be securely stored, such as a warehouse, office or high-end retail store – using a security fog system is just what you need to deter and prevent theft and criminal damage to your property.

Security fog systems, or smoke screens as they are also known, are suitable for a wide range of industries, including retail, warehouses, manufacturing plants, offices and more. Our smoke screen products have been deployed across the globe by companies like Tesco, Boots and Arla Foods to protect their valuable cargo and stored items.

FT Security Systems supply smoke generators from the ‘Concept Smoke Screen’ industry leading Sentinel Range. The precision-engineered models produce a persistent volume of fog that remains for up to 40 minutes to obscure your valuables from thieves. The generators feature a host of features such as the anti-raid turbo mode which halts intruders from the first blast of fog. The smoke screen systems can also be integrated into your existing alarm system.

The most popular models in the range are the S55 – one of the most advanced smoke screen products on the market, and the S100 model which promotes all the benefits of the S55 but is more powerful and suitable for larger premises. Both models produce a dry fog which does not leave a residue and is sure to leave your property undamaged and clean.

The Sentinel Sounder strengthens your security fog products by creating an intolerable wall of sound to force any intruders to leave your premises. The sound produced is perfectly safe for those that hear it, but it creates an unendurable environment to halt thieves in their tracks.

The sounder is easy to install on the wall or ceiling of your building and can also be integrated with your existing Smoke Screen security fog or alarm systems.

The Sentinel Strobe further enhances the obscuring effects of your security fog by producing intense light flashes to obscure your premises and disorientate intruders. Imagine turning your full beam on when driving through thick fog – the strobe creates a similar effect to protect your business. If intruders can’t see anything, they can’t steal anything.

Like the sounder, the strobe can be used cohesively with existing alarm systems and easily fitted onto the ceiling or wall of your premises. Having the Sentinel Strobe also facilitates smaller smoke generators by making your fog more concealing.

Take your business’ security to the next level and book a consultation with a member of the FT Security team today for a personalised quote. You can find out more about the Sentinel Smoke Screen range by clicking here.

We are updating our pricing IP Cameras vs CCTV: Why IP Will Protect Your Business Better